Tasting from bottle is essentially a matter of recording one’s impressions. Bottled wines are stable and evolve comparatively slowly; though they may be more or less open, easier or more difficult to read, tasting them is, at least in principle, a simple enough task. Tasting from barrel is appreciably more difficult: seldom does one encounter a wine under ideal conditions, for a wine’s timetable and a travelling journalist’s only coincidentally coordinate. So allowance must be made for reduction, suspended lees, sulphur dioxide, dissolved carbon dioxide, atmospheric pressure and a host of other factors which can influence how cask samples taste. Cold temperatures and powerful ambient aromatics often complicate that task. And what’s more, wines undergoing their élevage are axiomatically unfinished: seemingly assertive tannins in November may have melted, for instance, by the time of bottling in March—and a tasting note that criticizes their firmness may thus fall far of the mark. Tasting from barrel, in short, is as much an exercise in extrapolation as it is in recording; and experience, both general and particular, is an invaluable asset.

It’s for this reason that I find revisiting wines several times during their élevage particularly interesting—though it’s a request I make with great diffidence in Burgundy these days, with so little wine in the cellars. One producer who was kind enough to invite me to re-taste his wines was Vincent Dancer in Chassagne-Montrachet. I’ve been visiting him for a few years now, and still fondly remember an occasion when Vincent, one of Chassagne-Montrachet’s volunteer firemen, received a summons during our tasting and had to rush off, leaving me with an open bottle of his 2012 Chevalier-Montrachet: faced with an opportunity like that, it was a trial to exercise restraint. Vincent’s wines are powerful and concentrated, made from low yields with a minimum of sulphur dioxide: a singular style that I like very much.

But when I visited Vincent in October, several of his cuvées were still fermenting, making them very difficult to assess—and the chance to revisit them in January especially welcome. I wasn’t disappointed: after ten additional weeks of élevage and assembly in stainless steel on their fine lees (a more reductive environment), the wines had gained in tension, finding a harmony I could only gamble on in October. They were less marked by  carbon dioxide and the aromas of fermentation; and correspondingly easier to understand. I was pleased to find that they had evolved so positively and left the Domaine thinking that some of my earlier notes, published in Decanter Magazine, were a little conservative. I’m certainly very happy to have purchased a few bottles. Below, I juxtapose my impressions from both tastings as a case study in how wines can develop in barrel. 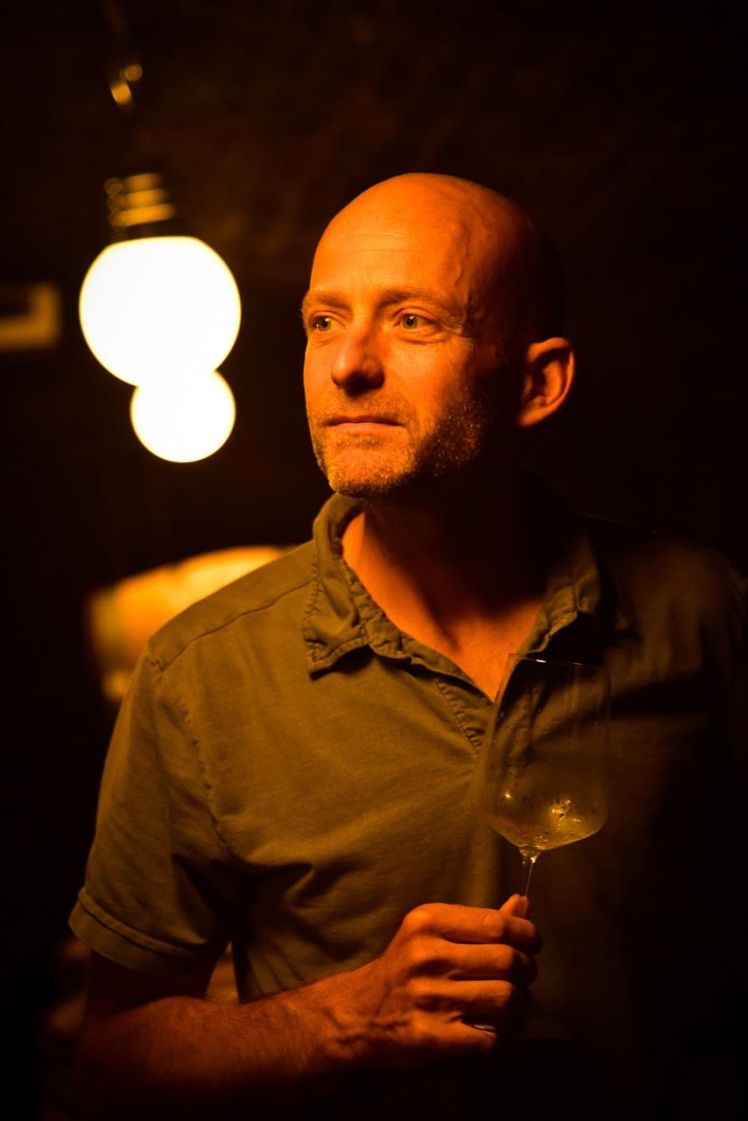 October 2016: Dancer’s 2015 Bourgogne Blanc is quite a gourmand, textural wine, revealing notes of poached pear and peach and a ripe, expressive palate with notable power and volume for its appellation: this is on the riper end of the spectrum in 2015. 87/100

January 2017: Notes of pear, nutmeg and honey introduce a wine which has become appreciably more tight-knit since I last tasted it; its gourmand, textural attack and mid-palate now complemented by greater tension and focus. 88/100

October 2016: Notes of pear, apple tart and nutmeg introduce another ample, large-scaled wine, laden with juicy fruit; ripe and gourmand but fresh, and with the concentration to integrate its big bones. 90/100

January 2017: Aromas of pear, yellow orchard fruit and nutmeg; pure, with lovely textural refinement and focus, its amplitude very much under control. 90/100

October 2016: Mirabelle plum, peach and oatmeal inflect the bouquet of Dancer’s 2015 Meursault Corbins, from a lieu dit on deeper soils near Volnay. On the palate the wine is ample, crisp and generous. 90/100

January 2017: Lots of flavour and generosity here, as in the village Chassagne, with peach and yellow stone fruit in the lead on the nose and palate; one senses the heavier terroir but this is taut at the core and nicely balanced. 90/100

October 2016: The Grands Charrons is lovely this year, with notes of poached pear, praline and nutmeg introducing a wine with finds an appealing balance between richness and cut. From a good lieu dit below the famous Le Tesson. 92/100

January 2017: This is showing brilliantly, with bright notes of citrus zest complementing its pear and noisette, and lovely sap and focus on the palate; the finish is long and vibrant. Now a clear cut above the Tête de Clos to my taste. 93/100

October 2016: Aromas of ripe citrus, apple, pear and warm spice lead into one of the most vibrant of Dancer’s generally rather gourmand 2015s; a wine underpinned by good acidity and chalky minerality, laden with juicy fruit. 92/100

January 2017: Rich and layered, with lashings of ripe stone and orchard fruit underpinned by juicy acidity; while in October this seemed to be one of the brighter, more tensile wines in Dancer’s cellar it now appears to be one of the more gourmand—and it’s from a lieu-dit within Morgeot, after all. Big and beautiful but not quite as serious as I’d imagined. 91/100

October 2016: La Romanée is one of the greatest Premier Crus in Chassagne and Vincent Dancer’s rendition routinely among the best: notes of ripe lime, pear, white flowers, vanilla bean and a touch of exotic melon introduce a complete, textural wine, with a deep core of ripe acids and tense minerality. 93/100

January 2017: Beautiful aromas of musk melon, citrus zest and spice, framed by classy new oak; powerful on the palate with considerable amplitude, pitch-perfect balance and a great spherical core; has really found its poise. A wine that definitely deserves a point or two more than I gave it in October. 94/100

October 2016: The Meursault Perrières looks to be the king of the cellar in 2015, and it is a lovely rendition of this great site. Notes of lemon oil, Anjou pear and crushed rocks lead into a beautifully supple, texturally refined wine with great energy and minerality: like all of Dancer’s 2015s, this is a powerful wine, but its greater tension gives it the edge over the Chevalier. 95/100

January 2017: Whereas the Perrières was one of the easier wines to read in October, it’s one of the more closed and reserved (by no means a bad sign) today. Reticent aromas of wet stones and citrus zest introduce a tensile, powerful wine with lovely persistence and grip on the finish. 95/100

October 2016: From vines planted in 1962, Dancer’s Chevalier is a massive wine in 2015, bursting with confit citrus, yellow fruit and crushed limestone; but despite its power—and considerable textural amplitude—the wine remains vertical and focussed, true to the terroir. For now, the Perrières seems to have the edge, but if this high-wire act can be sustained in bottle the Chevalier may well surpass it. 94/100

January 2017: As in October, the Chevalier boasts more gloss and texture than the Meursault Perrières; but though it remains the more extrovert of the two wines, this cuvée has really found its balance and poise after ten more weeks on the lees and some time in tank to tighten up. Citrus notes now dominate the nuances of yellow stone fruit which were quite prominent in October, and the aromas and flavours have become purer and easier to read. I’m happy with my note of October—a gamble which paid off, as the wine was very ‘fermentaire’ and not easy to taste back then—and also delighted to revise the score up a notch. 95/100